As emojis have gained popularity in the last few years, they’ve morphed into characters for a new generation of millennials’ language. Despite this, the “picture characters” we’ve come to know and rely on today are older than you might think. 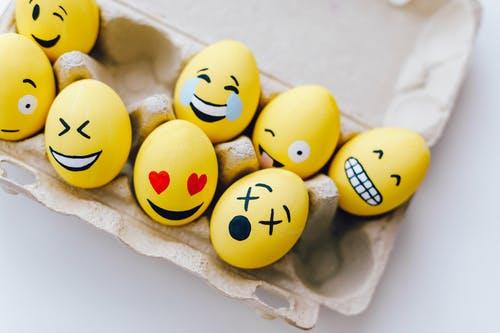 Before emojis, punctuation marks were used to express facial expressions. In 1881, an issue of Puck magazine published the first emoticons. Four “faces,” which conveyed joy, sadness, indifference, and astonishment, were published in the magazine and referred to as “typographical art.”

Emojis are those little icons—smiley faces, winking eyes, and hearts of all shapes, sizes, and colors—that we use in text messages, emails, and social media. We use them frequently because they help us communicate more precisely and eloquently in our short and easily misunderstood messages. A picture is worth a thousand words, as the saying goes.

People who use emojis are free to interpret them in any way they see fit. The majority of the time, however, they are only understood in context because they frequently allude to a specific idea or emotion. They aid in the development of our writing’s timbre and clarity.

There are countless ways to use emojis, but the following are some of the most common:

Sigh of relief for the entire world, as a new set of emojis, including the much-needed avocado, selfie, and facepalm, will be released very soon. As soon as the Unicode Standard, which is used to encode emojis on various platforms and devices, gets an update, social media goes into overdrive. As far as I’m concerned, we can’t get enough of these silly icons.

According to recent studies, the popularity of emojis extends well beyond the younger generation; in the UK, more than 80% of adults use them in text messages, and 40% admit to making an entire message out of emojis.

TalkTalk Mobile’s ‘Emoji IQ’ study is the first in-depth look at the UK’s adoption of the new visual language that is sweeping the world.

62% say they use the new language more frequently than they did last year, and 4 in 10 say they’ve sent messages entirely composed of the characters, according to this survey.

The enthusiasm for using emojis in text, instant messaging, and social media apps such as Facebook isn’t universal; 31% of people over 40 said they don’t use emojis for this reason. Nearly two-thirds (66 percent) of those under 40 said they had no idea what the symbols on the screen meant.

Today, ‘human emoji’ took to the streets of London as part of an education campaign to improve understanding of the picture-based language.