We’re reminded more and more that the future is now. That’s a bit of a redundant statement, to be honest. In reality, I’m referring to the fact that new innovations and disruptions are emerging at an unprecedented rate. 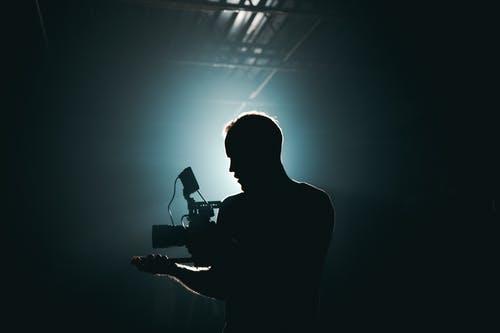 In other words, it used to cost a fortune and take up an entire room before the modern computer was invented in 1942 or 1946, depending on who you ask. Almost 50 years passed before that computer was downsized to a desktop price point in 1995. After 20 years, it has been designed to fit in your pocket and is hundreds of times more powerful than the room-sized computer from which it was derived. In the last few decades, technological progress has been accelerating at an unprecedented rate.

If you ask me, the worst part of virtual reality and augmented reality is the clunky headsets you have to wear… Suppose, however, that in the future, you will not be required to do so in order to view VR/AR? There are many ways to make phone calls, but one of the most common is by tapping the ear and listening for vibrations in your jaw bone. [8] What if you could send emails only by thinking about it?

Some people are pushing the boundaries of transhumanism in ways that others haven’t, as is the case with VR and AR.

Transhumanism advocates the creation of cyborgs, or human beings with technological implants, as the simplest and most straightforward way to explain what it is all about. It’s referred to as “biohacking” by some. People like Rich Lee and Neil Harbisson, the world’s first cyborgs, have brought this long-standing concept to fruition. It’s not out of the question that we’ll one day inject nanocomputers or subdermal microchips into our bodies as computing power shrinks.

Already, virtual reality has arrived. In terms of consumer VR, Samsung is leading the pack with its Gear VR for the Galaxy S6 and S7 lines, which already support virtual reality applications. Games like Minecraft and entertainment apps like Live Nation’s VR concerts are examples of these apps. When you hear about these things for so long, you can even trace their origins back to the Nintendo Power Glove. It’s great to finally see them in action. As more realistic virtual environments emerge, we can expect to see VR used more frequently in training scenarios and educational contexts.

A new generation of smart houses. Smart automobiles. Smart…everything! The “smart” trend seems to be everywhere these days, and for good reason: Everything is connected to the Internet, recording and sharing data, automating itself based on that data, and doing things previously reserved for science fiction. With Google’s Nest, Amazon’s Alexa, and other “personal assistant” type devices, our homes have ears.   And now that they’re gaining eyes, they’ll be able to operate our automobiles as well!

Innovators can offer up some interesting ideas for the future of technology and science, which can either enhance or replace activities and products that are close and costly to us.

We can look at these technologies and make educated guesses about how much of a shift they will bring.

All stories by: soaltechadmin
Best Vitamin Supplement for Women in 2022!
Emojis – A Common Digital Language!